THE SKETCHES OF RICHARD THOMPSON 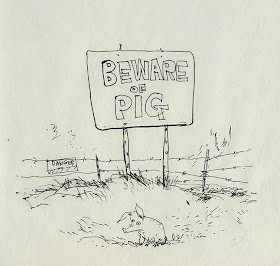 Regular readers know that I am a big fan of the brilliant Richard Thompson.   I recently had the pleasure of working with five other fans to compile a book on the Art of Richard Thompson, available from Andrews McMeel on Amazon this fall: 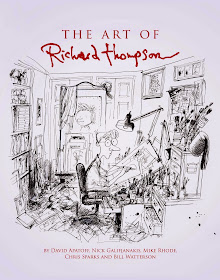 As we get closer to the release date,  I will tell you about the book and its beautiful full color paintings and elaborate illustrations.  But today I'd like to focus instead on the preliminary sketches and doodles that we found littering the floor of Richard's studio like used Kleenex. 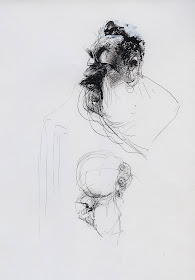 You'll never get closer to Richard's happy genius than in these sketches, often discovered with footprints on them or crumpled and folded from being jammed into old boxes. 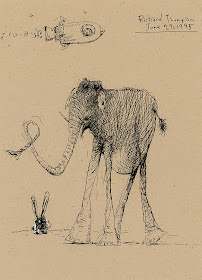 The following two sketches were for an illustrated version of Candide that never saw the light of day: 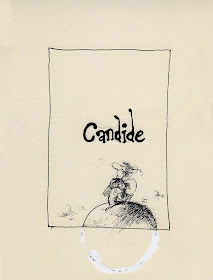 Whether a face has been caricatured a million times or never,  Richard's sketches seek out the most fundamental forms and designs from scratch: 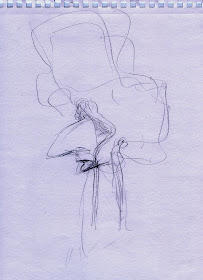 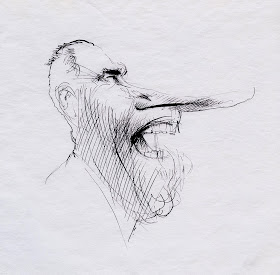 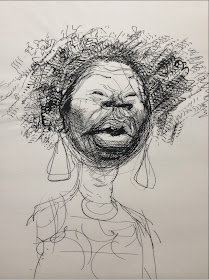 Many a timeless truth was drawn on paper that would have to be upped 3 or 4 grades to satisfy federal standards for toilet paper: 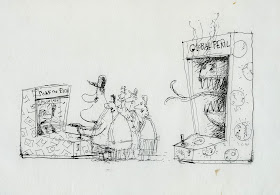 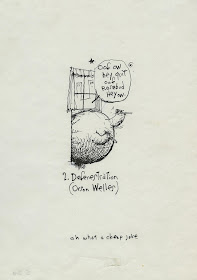 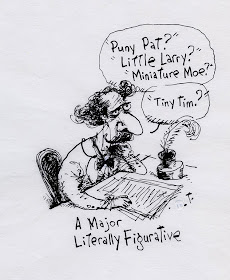 There will be time later to focus on Richard's large, finished works but I always feel closer to the DNA in drawings such as these.