Compare these two illustrations of a swamp:

One is a simplistic cartoon for infantile minds.  The other is a cover for the New Yorker.

How do we evaluate which of these pictures is more "realistic"?  There are several different varieties of realism in art.  In the words of painter Burt Silverman, "realism has a long history and has, at various times in the past, been used to describe very specific kinds of art."


For example, a loose, distorted drawing by a caricaturist can still display more knowledge of physical reality than a painstaking, so-called "realistic" painting by a lesser talent:

Alligators by Cuneo (above) and McNaughton (below).

More importantly, if representational art is going to remain relevant in a post-modern world, it can't be content with repeating (however meticulously) what we already know (or assume we know) about the way things look.  It should contribute to our perceptions and alter our awareness of experience.  Contrast Cuneo's treatment of swamp water (below) with McNaughton's undifferentiated soup. 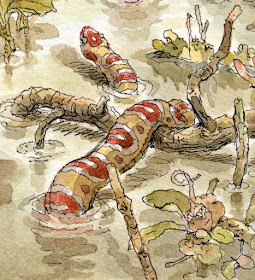 Even in a humorous caricature, Cuneo demonstrates better understanding of foreshortening, depth and color than McNaughton's "realistic" painting.

McNaughton's website suggests that he would like his brand of realism to be associated with Norman Rockwell's:


Just as Rockwell painted inspiration into his scenes giving meaning and hope to Americans during the Great Depression, World War Two years and after, Jon McNaughton offers the same hope and inspiration for Americans facing moral, cultural, and political crisis today.

In defense of Rockwell, I would like to comment that these are the words of a moron.

No, Mr. McNaughton's version of realism is much closer to what is known as "socialist" or "heroic" realism, a 20th century enhancement of the timeless use of images to buttress a cult of personality.

Under Lenin, the "People's Commissariat for Enlightenment" sponsored sentimentalist painters who possessed the proper kiss-the-whip mentality for unquestioning worship of powerful bosses.  This school of art, later named socialist realism in Stalin's era, was further refined by Mao and other autocrats as a method of shaping culture.  It required artists with the technical skill for extreme realism and the commercial instinct for salesmanship to produce work free from any creative nuances or complexities that might make the art challenging for the lumpenproletariat to grasp.

All visual realism is something of a lie because it creates an illusion of three dimensional space on a two dimensional surface.  And from the very beginning, pictures have always put a subjective spin on editorial content.  Nevertheless, the 20th century witnessed a great leap forward in the use of "realistic" images against reality.

Realism as an art form was devalued during the 20th century, largely due to the incursion of modern art.  But I suspect realism played a role in hastening its own disrepute as it became increasingly glib using the tools of realism to manipulate mass audiences on behalf of authoritarian regimes, or to have no normative content at all.   These led audiences to reconsider the meaning of "accuracy" in art.  Sometimes "unrealistic" images turned out to be the more truthful.

Silverman wrote that for realism to be redeemed as an ongoing method of making art, "the form and the subject matter of the painting [must be] fused in an emotional matrix....  My difficulty with the current upsurge of "realism" is that much of the art lacks psychological toughness or great insight.... [This type of] rendering of the external world clearly seems superficial." 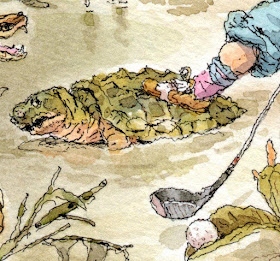